Does the stock market suffer from bipolar disorder? 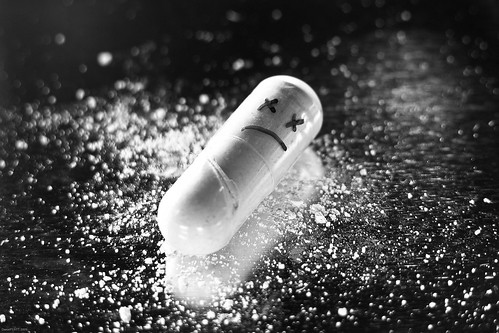 Benjamin Graham, the father of value investing, argued that the stock market (which he coined “Mr. Market”) suffers from a mood disorder known as bipolar disorder (formerly called manic depression). Warren Buffet and John Maynard Keynes have also endorsed the idea that market psychology has an influential role to play in the stock market. According to Graham, the mood of Mr. Market is unstable and frequently oscillates between mania and depression. To engage a good understanding of mood disorders, the Diagnostic and Statistical Manual of Mental Disorders (DSM), published by the American Psychiatric Association, is consulted. Various versions of mood disorder are discussed. Based on observation, it is plausible that the stock market indeed suffers from bipolar disorder. The market mood model (MMM) is developed to model the dynamics of market mood. It is divided into six market phases, and each phase has its own set of market characteristics. There is a critical point for each phase and, once breached, the market moves on to the next phase. The application of the MMM utilizes three market bubbles as illustration: 1990 Japanese bubble, 2000 Internet bubble and 2007 subprime mortgage crisis. The final section examines the option of adopting a stable official interest rate policy to stabilize asset prices.