Do we kill people based on inaccurate IQ tests? 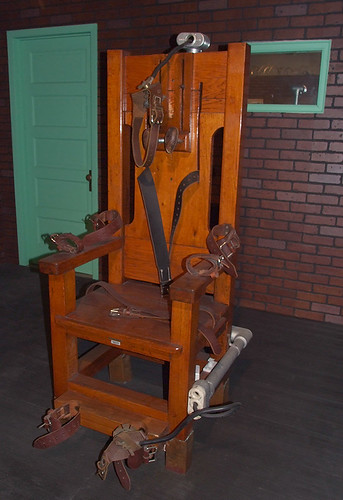 Capital offenders cannot be executed if they are mentally retarded. Therefore, the IQ scores of offenders are important, and the U.S. 4th Circuit Court of Appeals has held that the Flynn effect is relevant to interpreting their IQ scores. The Flynn effect (IQ gains over time) means that different IQ tests will give different scores purely as a result of when the tests were normed. Because execution must not be a random result of what test defendants take, a formula is provided to convert IQ scores to a common metric: the norms current at the time the test was taken. The formula also includes a correction based on evidence that the Wechsler Adult Intelligence Scale-Third Edition inflates IQs because of sampling error. Given the inevitability that opposing experts will offer conflicting diagnoses, IQ scores merit special attention in capital cases.

The Flynn effect is the substantial increase in average scores on intelligence tests all over the world. When IQ tests are initially standardized using a standardization sample the average result is set to 100. By convention, the standard deviation of the results is set to 15 points. When IQ tests are revised they are again standardized using a new standardization sample and the average result set to 100. However, if the new sample is tested using older tests in almost every case they score substantially above 100.

So you just “renorm” the tests and everything should be jake, right? Wrong:

Besides educational and financial issues, the Flynn effect and the renormed IQ tests can also have important legal implications. Nowhere are the consequences of IQ score fluctuations due to the Flynn effect more critical, say the authors, than in the determination of whether a death row inmate can be considered mentally retarded. “Our results imply that the year that a capital murder defendant was tested can determine whether she or he is sentenced to die as opposed to life imprisonment. This raises concerns regarding inmates on death row who tested above the 70-75 IQ cutoff on a test that was near the end of its norming cycle – when scores are highly inflated as well as an inmate who tested in the mental retardation range during the earliest years of a new norm – when the test is hardest,” according to the researchers.