Do smart people perform worse than dumb people on some cognitive tasks? 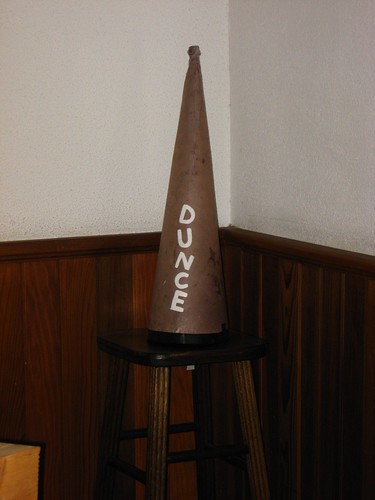 …there are some cases where additional working memory has no benefit – or can even be a disadvantage. A great example of this can be found in Decaro et al’s recent article in Cognition, who show that subjects with higher working memory capacity are actually worse at learning complex rules in a categorization task…

Why should this occur? Some theorists have proposed that sustained control or effort can actually impair the acquisition of habits. Decaro et al. propose that the complex categorization task requires exactly this form of habitual learning – which is clearly impaired in subjects who appear to have more controlled resources at their disposal.

There are a few other cases where those with “better” cognitive capacity actually perform worse on specific cognitive tasks. One is the famous matchstick arithmetic problem, where subjects with brain damage frequently outperform healthy subjects. Similarly, some children who suffer from febrile convulsions can actually show superior performance relative to healthy children. Likewise, kids can outperform adults, and chimps may outperform humans at some tests of short-term memory. And rats genetically altered so that they can’t produce new neurons will actually show improved memory in some tasks.