Did changes in divorce laws save a lot of women from being murdered? 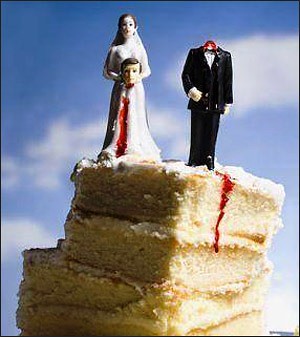 Over the past thirty years changes in divorce law have significantly increased access to divorce. The different timing of divorce law reform across states provides a useful quasi-experiment with which to examine the effects of this change. We analyze state panel data to estimate changes in suicide, domestic violence, and spousal murder rates arising from the change in divorce law. Suicide rates are used as a quantifiable measure of wellbeing, albeit one that focuses on the extreme lower tail of the distribution. We find a large, statistically significant, and econometrically robust decline in the number of women committing suicide following the introduction of unilateral divorce. No significant effect is found for men. Domestic violence is analyzed using data on both family conflict resolution and intimate homicide rates. The results indicate a large decline in domestic violence for both men and women in states that adopted unilateral divorce. We find suggestive evidence that unilateral divorce led to a decline in females murdered by their partners, while the data revealed no discernible effects for men murdered. In sum, we find strong evidence that legal institutions have profound real effects on outcomes within families.

Source: “Bargaining in the Shadow of the Law: Divorce Laws and Family Distress” from Stanford GSB Research Paper Series, #1828

This is the PhD thesis of the always interesting Justin Wolfers and Betsey Stevenson.

I found it in Tim Harford’s wonderful book The Logic of Life.