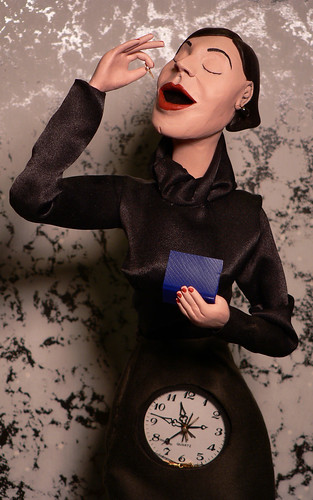 Surgical or pharmacological suppression of ovarian hormones leads to declines in verbal memory, and estrogen treatment reverses these deficits. In the current study, we investigated the effects of menstrual cycle phase and oral contraceptives on verbal memory, as measured by the California Verbal Learning Test, in two groups of premenopausal women — 16 naturally cycling women and 20 current users of estrogen-based oral contraceptives (OCs). Naturally cycling women were assessed twice — once during the early follicular phase (Days 2–4) and once during the midluteal phase (Days 20–22) of the menstrual cycle. OC users were tested on the same cycle days, corresponding to inactive and active pill phases, respectively. We predicted that naturally cycling women would show improved verbal memory during the midluteal phase, when estradiol levels are high, compared with the follicular phase, when estradiol levels are low. We also predicted that OC users, who show no change in endogenous estradiol across the cycle, would show no change in verbal memory. Contrary to predictions, naturally cycling women showed no changes in verbal memory across the cycle, whereas OC users showed enhanced memory during the active pill phase (p < .05). None of the secondary cognitive outcome measures varied with cycle phase or OC use including measures of visuospatial memory, verbal fluency, visuospatial abilities, and attention. Overall, these results suggest that verbal memory performance in premenopausal women varies across the cycle with OC use, but does not vary systematically with changes in endogenous estradiol.

How do birth control pills alter a woman’s choice in men?