What makes a woman 100 times more likely to be murdered? 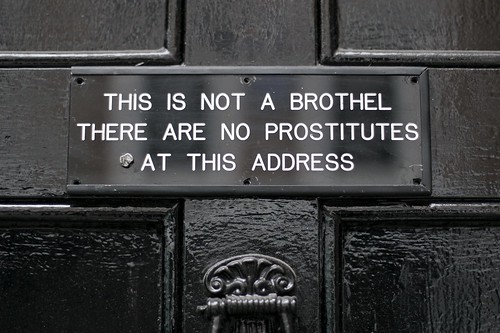 It has been estimated that women involved in street prostitution are 60 to 100 times more likely to be murdered than are nonprostitute females. In addition, homicides of prostitutes are notoriously difficult to investigate and, as such, many cases remain unsolved. Despite this large risk factor, little literature exists on homicides of prostitutes, and there is a lack of basic statistics and knowledge regarding this very specific victim group that could possibly help investigators. The aim of the current study is to conduct an exploratory study to explore the key characteristics of this group and how they differ from other subgroups of homicide. Forty-six cases of U.K. prostitute homicides are analyzed and compared to 59 male offender—female victim nonsexual homicide cases and 17 male offender—female victim sexual homicide cases.

Why do high-end prostitutes make so much money? (And, no, it’s not an obvious answer):

Do prostitutes enjoy sex with their clients?