What leads some ordinary Arab men and women to approve of terrorist acts against the United States? 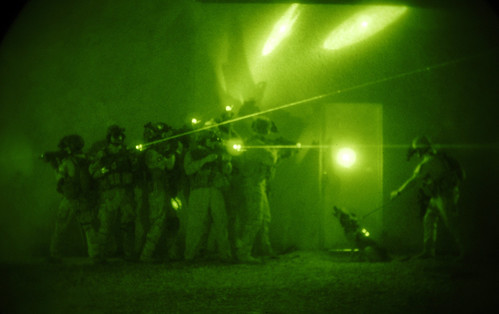 Findings from representative national surveys in Algeria and Jordan show that neither religious orientations, judgments about Western culture, nor economic circumstances account for variance in approval of terrorist acts against U.S. targets. Alternatively, in both countries, approval of terrorism against the United States is disproportionately likely among men and women with negative judgments about their own government and about U.S. foreign policy. Taken together, these findings suggest that approval of terrorism is fostered by negative attitudes toward actors considered responsible for the political and economic status quo. Given that Algeria and Jordan have had different experiences with respect to terrorism and also differ in demographic, political, and economic structure, identical findings from these dissimilar countries suggest that the observed relationships are not country specific and may apply more generally.

Source: “What Leads Some Ordinary Arab Men and Women to Approve of Terrorist Acts Against the United States?” from Journal of Conflict Resolution

If you want to learn more about terrorism, security and risk, I recommend Bruce Schneier’s blog. His recent post on the incompetence of terrorists is a great read. I also recommend his book, Beyond Fear. For some great fiction about a terrorist attack I recommend this book.

What’s the secret to being a successful terrorist?

What we’ve learned from 77,000 terrorist incidents in 36 years

How Smart are Islamic Terrorists?

You should follow me on Twitter here. You can also subscribe via RSS, subscribe via email or follow on Facebook. If you want to help support the blog, please do your Amazon shopping via this link. (It won’t cost you any extra.) Here are the site’s most popular posts of all time.