If money doesn’t make us happy, why do we act as if it does? 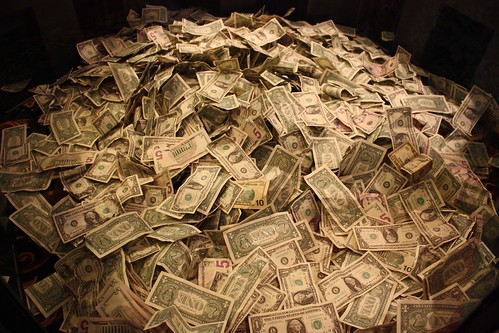 Research on income and subjective well-being shows that among the non-poor, increased income has little or no lasting impact on happiness. Yet the desire for more income remains a powerful motive among many people at all income levels. Is this simply because many people are misinformed and believe that higher incomes will make them happier, or are they motivated by something other than the pursuit of happiness? This paper argues for the latter. The paper begins by exploring this question, reviewing the literature on income and subjective well-being, and discussing of the role of utility in decision making. This paper then argues that three main factors lead us to value increased income even if it does not make us happier. First, happiness is just one value among many, and not the only conscious goal people set for themselves. Second, even when people are striving to maximize happiness, our tendency to overweight short-term payoffs leads us to overvalue the short-term rewards that income provides. Finally, I argue that our values-based decision making competes with other motivational systems and evolutionary drives. Three evolutionary desires are discussed: (1) to store resources, (2) to be sexually attractive, and (3) to manage our social relationships and our personal identity within those relationships. While all three motivations play a role in our desire for increased income, this paper argues that it is the third – the use of money and consumption as a social tool – that has the most important overall influence on our desire for increased income past the point where it ceases to increase personal happiness.