Does the likelihood of international conflict go down the longer a US president is in office? 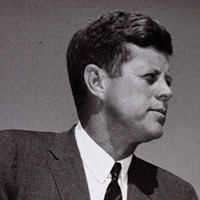 This article demonstrates that the probability of an international crisis involving the United States declines as a presidential administration gains time in office. This finding invalidates three widely held theories about the relationship between the American democratic cycle and foreign policy that (1) there might be a honeymoon period immediately following election in which new presidents are unlikely to become involved in foreign crises, (2) presidents might systematically use the “rally round the flag” effect to bolster their electoral prospects, or that more generally, (3) foreign policy might be primarily tied to the democratic constraints of the electoral cycle. This finding also stands in partial contrast to recent work suggesting that, globally, leadership experience does not influence the likelihood of a militarized interstate dispute, while leader age does. The differing conclusions are the result of both the unique American case and the differing formulations of conflict.