Does caffeine have a negative effect on academic achievement? 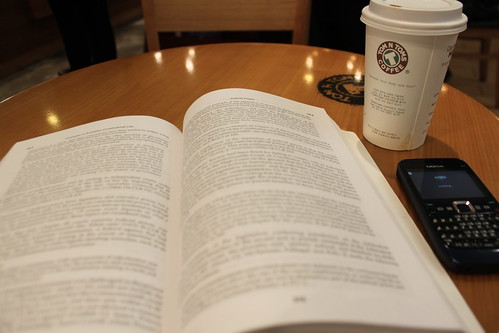 Using academic achievement as the key outcome variable, 7377 Icelandic adolescents were surveyed for cigarette smoking, alcohol use, daytime sleepiness, caffeine use, and potential confounders. Structural equation modeling (SEM) was used to examine direct and indirect effects of measured and latent variables in two models: the first with caffeine excluded and the second with caffeine included. A substantial proportion of variance in academic achievement, which might otherwise have been attributed to the harmful effects of cigarette smoking and alcohol use, was found to be attributable to caffeine. Evidence was obtained that daytime sleepiness, which was found to be independently associated with usage of licit substances (nicotine and alcohol) and caffeine, may be an important mediator of the negative impact of those substances on academic achievement. Findings suggest the importance of including measurements of caffeine consumption in future studies of adolescent substance use.

Source: “Adolescent substance use, sleep, and academic achievement: Evidence of harm due to caffeine” from Journal of Adolescence

Advice on how to best use caffeine — from a neuroscientist

Can you brew coffee with plastic explosives?

Will your performance deteriorate if you quit coffee?

Do people who smoke marijuana have more sex partners?

What Drugs Are Our Astronauts On?

How many people are on drugs while at work?

You know why the crime rate is down? Drugs.

Does everything with caffeine taste good?