Orgasms Can Induce A Seizure 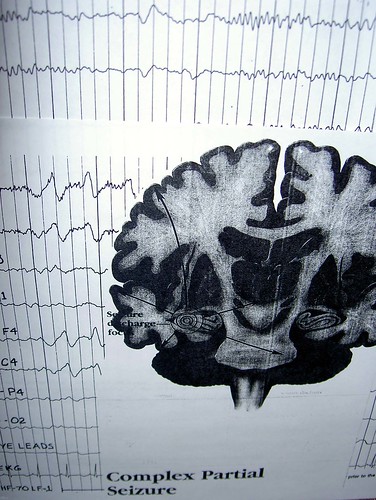 Reflex seizures can occur in response to a variety of stimuli, both sensory and emotional. Common triggers include light and music; however, in a growing number of case reports, the phenomenon of sexual activity triggering epileptic seizures is described. The majority of these case reports have been in women so far, and most have been found to localise to the right cerebral hemisphere on interictal electroencephalography (EEG). We report the case of a 34-year-old male with orgasm-induced seizures, recorded on ictal EEG. This gentleman’s electrophysiology localised his seizure focus to the left cerebral hemisphere, making his case atypical in comparison with the majority of previous reports. Orgasm-induced seizures are an increasingly well-described phenomenon and we suggest that this should be taken into account when assessing patients with possible reflex seizures.

We report a 9-year-old boy with seizures induced by defecation. The episodes occurred 1-2 min after passing a bowel action and consisted of initial staring, gagging, and drooling followed by a secondarily generalized tonic-clonic seizure. The interictal EEGs were normal, but an ictal EEG with concurrent video monitoring demonstrated a polyspike wave discharge in the left frontotemporal region. There was no evidence of syncope, and the seizures did not occur while straining to empty his bowels or immediately on standing afterward. His magnetic resonance imaging scan was normal. This is the first reported case in which ictal EEG monitoring has demonstrated reflex seizures induced by defecation.

Source: “Reflex seizures induced by defecation, with an ictal EEG focus in the left frontotemporal region.” from Epilepsia. 2002 Aug;43(8):946-7.

So can the voice of a television performer:

… A 45-year-old right-handed woman presented with a four-year history of recurrent episodes of a feeling of pressure in the head, epigastric distress, and mental confusion. These episodes were triggered by the voice of a female cohost on a popular television entertainment program…

So can playing Mah-Jong:

Seizures related to nonketotic hyperglycemia (NKH) are often encountered in clinical practice. Among such seizures, reflex seizures are rare, and most of them are movement-induced focal seizures. We describe five patients with NKH and reflex seizures induced exclusively by playing Mah-Jong, a traditional and popular game in Chinese society. Four patients had partial seizures and one had a generalized seizure. All the patients manifested NKH on occurrence of the seizure. During Mah-Jong in the presence of NKH, seizures could arise from the frontal and temporal lobes, which are highly activated during the game. Both avoidance of Mah-Jong playing and control of glucose intake help prevent this disorder.

I’ll stop here. Big Hat Tip to The Neurocritic for digging most of these studies up.