Will I Ever Find Love?: What you should look for in a marriage partner 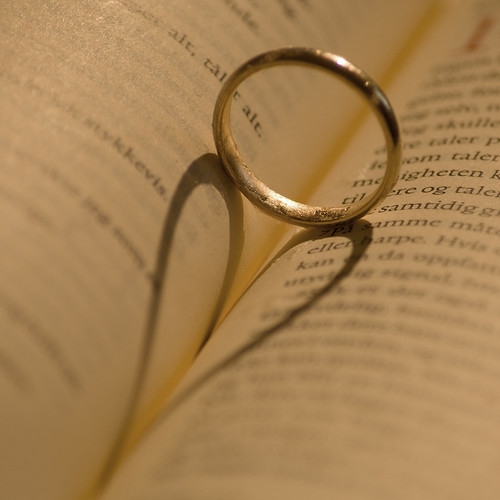 So what you should look for in a marriage partner?

Marriage isn’t all fun and games. In the past I’ve posted about marriage making you poorer, killing sex drive, and making you fat.

So if you’re gonna do it, do it right. But how do you know who to marry?

Will I Ever Find Love? Step 1: Find someone who you idealize and who idealizes you.

I’ve posted about the benefits delusion has on love before. If you’re already cynical about the person by the time you hit the altar, you’re in trouble:

Will I Ever Find Love? Step 2: Marry somebody with high self-esteem.

Ladies, you’re probably already attracted to this. Guys, watch out for women who don’t feel good about themselves:

A model of the commitment-insurance system is proposed to examine how low and high self-esteem people cope with the costs interdependence imposes on autonomous goal pursuits. In this system, autonomy costs automatically activate compensatory cognitive processes that attach greater value to the partner. Greater partner valuing compels greater responsiveness to the partner’s needs. Two experiments and a daily diary study of newlyweds supported the model. Autonomy costs automatically activate more positive implicit evaluations of the partner. On explicit measures of positive illusions, high self-esteem people continue to compensate for costs. However, cost-primed low self-esteem people correct and override their positive implicit sentiments when they have the opportunity to do so. Such corrections put the marriages of low self-esteem people at risk: Failing to compensate for costs predicted declines in satisfaction over a 1-year period. (PsycINFO Database Record (c) 2009 APA, all rights reserved)

Will I Ever Find Love? Step 3: Yes, ladies, money helps.

Ladies, want a husband who is actively involved with his kids’ lives? Find a guy with higher socioeconomic status. Plus it’ll make your kids smarter. (Money never hurts, does it?):

Will I Ever Find Love? Step 4: Guys, avoid the submissive ones.

Guys, you want to avoid that whole “involuntarily celibate” situation that men fear after years of marriage? Don’t marry a woman who is sexually submissive:

Will I Ever Find Love? Step 5: Conscientious is good.

Find someone who is conscientious and even a bit neurotic if you want a long and healthy life together:

Will I Ever Find Love? Step 6: Afraid of cheaters? Trust your instincts.

Don’t want to get cheated on? Here is where you should trust your instincts. Research shows cheaters may actually look different from non-cheaters:

Will I Ever Find Love? Step 7: She needs to be hotter than he.

What about attractiveness and happiness? Everybody is happier when the wife is better looking than the husband is.

Will I Ever Find Love? Step 8: Guys, ask about her parents.

Guys, you might want to have second thoughts about marrying a woman whose parents are divorced.